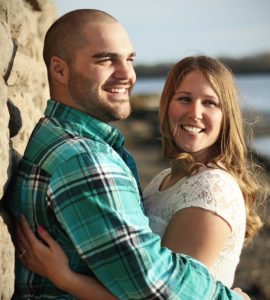 Dustin and I lived in a small town growing up and we went to the same high school. Although it was a small school we never really met until his sophomore year and my senior year. We had Chemistry class together, where we were in a lab group together, and both played basketball. So, our friendship started because of these things. As time went on our friendship grew to where we would stay after our individual practices and practice together, we would ride to and from school together and when we weren’t together we would be messaging one another on AOL. Thus, we formed a great foundation.

Shortly after we started to become friends, we knew we wanted more than a friendship. We began dating in high school and 8 1/2 years later through college, Master’s programs, our first jobs, Dustin playing and coaching college baseball and almost six years of long distance, we “beat the odds” as some would say. We grew together, we became each other’s family and have been each other’s better half for many years, but now it’s going to be official. 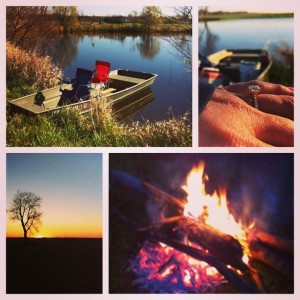 On November 1, 2014 we went fishing like we would any other day. We were on the pond, in the boat, and it was a chilly, but sunny day. I got my line snagged on a limb and my line broke. I handed it to him to fix it and while he was fixing it, I used his pole. I didn’t pay any attention to what he was doing because I was paying attention to his bobber. When he got done fixing my pole and gave it back to me, I reeled it in like I would any other time but this time when I reeled it up, there wasn’t a hook on the end, but a ring! He had tied string onto the ring, which he was holding, so it was like the spaghetti scene from Lady and the Tramp. He held it in his hand and asked me, “Will you marry me?” and I said, “Yes!”

Dustin had been keeping this all a secret from me. He would say he was going hunting, but he was really going to Denney’s to get my ring and was working to make this day perfect. After he proposed we took the boat ashore and walked to the timber and gathered some wood for a fire and watched the sun set, in the first day of our forever.

It may have taken many years to get where we are today, but I wouldn’t trade it for anything. We did things our way and accomplished so much individually and together in this last 8 1/2 years. We are blessed and got our fairly tale! 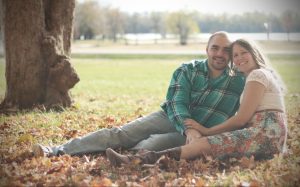 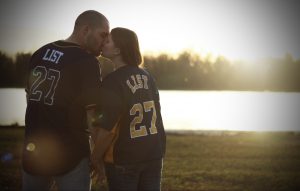