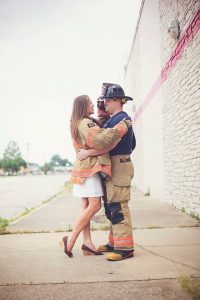 Their paths crossed many times in late 2011, at church gatherings, full of flirting and awkward glances. But their first time hanging out was when Jamie invited her to ring bells with him for the Salvation Army in December of 2011. Melissa came bearing two hot chocolates, thinking it was a date, while Jamie had invited several people on facebook hoping it would take the pressure off. What they ended up enduring was a nice awkward third wheel situation, but it kind of broke the ice and ended up being a great night. What followed was a couple of crazies becoming best friends and swooning all over each other.

The proposal story is something for the books. In true Jamie & Melissa fashion, it was awkward and funny and didn’t go as planned. For a few months Jamie and Melissa had been looking for their future home. House shopping is tedious and at times frustrating, so when Jamie put an offer down on a house and it fell through, they decided to revisit a house they had seen earlier that seemed to have a lot of potential. When they went back to the house, they realized how great it was. Unbeknownst to Melissa, Jamie put an offer on the house the next day. It was accepted. 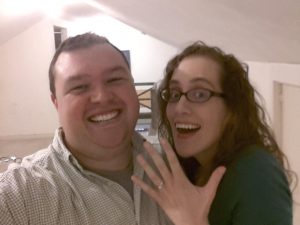 For the next couple months Jamie proceeded to lie, manipulate, and trick the love of his life. He took her on an endless parade of (less than stellar) houses, until one night in February 2013 they drove by the dream house, and saw a “sold” sign out front. Teasingly Melissa said “you bought it didn’t you?” …awkwardness ensued and Jamie pretended to feel guilty about “letting the house slip away”. 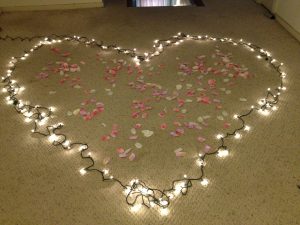 The day after he closed on the house in March, he took Melissa back to the house, saying the “sale” fell through and they might have a chance at it. After a lot of nervous and fast-talking, rushing her through every room (because he was video taping), and a very frustrated boy because she wouldn’t cooperate by going upstairs, he finally got her up to the third floor. With music playing, a heart of white Christmas lights, and a key hanging from the light in the ceiling, Melissa quickly realized he had bought the house. 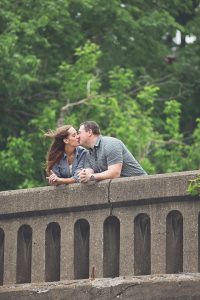 “…and that’s not all”…Jamie continued with his very, very special proposal.