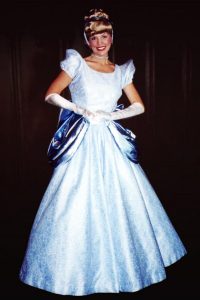 Once upon a time, there was a three-year old girl in Springfield, named Heather, who dreamed of visiting Walt Disney World in Orlando. One day her parents surprised her with a family trip… and made that dream a reality.

When she got there, she was fascinated. After the trip, she dreamed of someday living in Cinderella’s Castle. When Heather was in college, she came across an opportunity to join the Walt Disney World College Program. This opportunity led Heather to the chance to play the role of Disney’s Cinderella at the Magic Kingdom and work in the castle she wanted to live in as a child… and made that dream a reality.

When Heather graduated from college, she moved to Nashville, TN to begin her career. A few years later David was playing professional baseball in Nashville and was introduced to Heather through mutual friends. Despite residing on opposite sides of the country (David is from California), their love persevered through all obstacles. As their relationship grew and marriage was certain, their quest to find the perfect engagement ring began. Their search pursued through multiple states and countless jewelry stores, in hopes of finding the ring to match the vision that Heather dreamed of wearing forever. 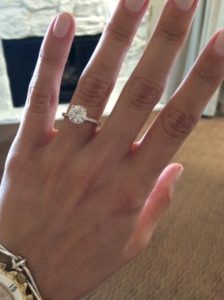 In February of 2014, Heather and David found their way back to Heather’s hometown of Springfield, IL and eventually found their way to Denney Jewelers. In a matter of seconds, Heather found her perfect diamond and learned she could design her own custom setting down to the finest detail. The Denney’s staff embraced Heather’s vision and were determined to bring her dream to life. In July of 2014, Heather’s ring was complete. While vacationing over the Fourth of July weekend, David placed the identical ring she saw so vividly in her dreams on her finger… and made that dream a reality. 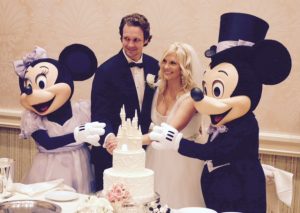 Heather had always dreamed of having a fairy tale wedding at Walt Disney World. On October 3, 2014, Heather and David got married at Disney’s Wedding Pavilion overlooking Cinderella’s Castle… and made that dream a reality. 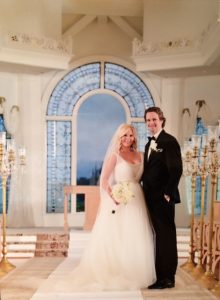 … and they lived happily ever after.