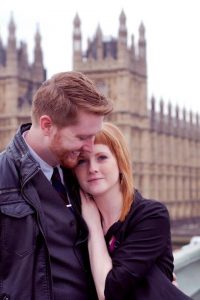 It wasn’t a dream; Although, I had never experienced a more surreal moment in my life. The beautiful man that I had met in a ceramics class just a few years earlier, became my best friend. And now, has given me the greatest gift of my life. Todd, my now fiancé, a painter and musician by trade, invited me to join him in Europe for a week, this past July. When we landed in Paris, little did I know that he had been keeping secrets from me. 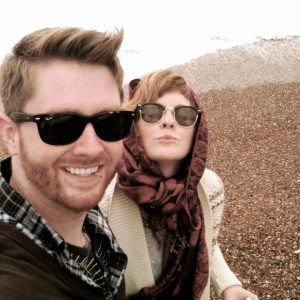 After we freshened up at our hotel, (which was just 500 meters from the Eiffel Tower) Todd and I walked hand in hand towards the tower, and were soon greeted by about 80 thousand other attendees. It was Bastille Day, Frances’ Independence Day. The cool night was complemented by music on loudspeakers. We pressed close to the tower. After just a short time, the most spectacular fireworks I have ever seen commenced, in tandem with the cheesiest funk songs on the radio. Just our style. To my utter shock, half way through the display, Todd spoke into my ear, “Ali, you are my best friend and I love you. Will you marry me?”

He bent down on his knee. I said yes, and he placed a 2 karat black diamond ring on my finger. The emerald cut white diamonds down each side were a wonderful tribute to the beaded mil grain white gold. I kissed him and cried. This was the most perfect moment I was ever given. 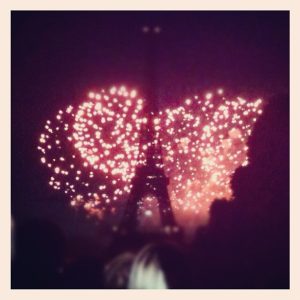 After the fireworks, we drank Bellini’s and had snails at a cafe that was just a short distance from the tower. We called our families and told them the wonderful news. The waiter wished a congratulations and a happy life; then gifted us a copy of the cafe menu. (In French, of course.)

Then we walked back to our hotel, where Todd opened another bottle of champagne. He had been keeping other secrets from me. Todd’s next surprise was that he had booked a photographer in London to shoot engagement photos for us. The following week, Todd and I posed in front of Westminster Abby and the London Eye. I can’t wait to show my fiancé off to the world. And I can’t wait to be his wife. He is everything I could have ever asked for.